Legionella, or Legionella pneumophila if we’re going to get scientific, impacts every single one of us – but most of us don’t know it. This water-borne bacterium causes Legionnaire’s disease, a lethal respiratory illness, and is the reason you instinctively run the taps for a while when you arrive in a new place you think hasn’t been occupied for some time. Behind the scenes, this is also happening in every building you visit - from shops to work or the hospital.

How Does Legionella Grow?

The reason that you, and every building owner in the Western world, run taps is because Legionella thrives in stagnant, tepid water. Specifically, you’re at greatest risk of propagation and therefore an outbreak if the water sits, unmoving, between 18 and 48 degrees Celsius (64.4 and 118.4 Fahrenheit) for a prolonged period.

If this happens, and the bacterium generates enough critical mass, it can then infect humans through aerosolised water (microscopic water spray, basically) from taps, showers, AC units, and anything that uses water. This can lead to serious illness and in some cases fatality.

How Do Building Operators Check For Legionella? Understandably, legionella is something that’s heavily tested and regulated for. Across Europe and North America, stringent guidelines exist at the national, federal, or state level to ensure building operators are keeping the users of their spaces safe. In the UK, these are known as the L8 guidelines, alongside many other regulations with far less memorable names. In the US this is known as a water management plan. They require building operators to do many things, but one of the most laborious is performing daily, weekly, or monthly ‘water flushing’ and temperature checks (the frequency depends on the environment, with healthcare settings understandable the most regular).

These checks literally involve a human going around every tap, shower, or other water outlet and running it for around 5 minutes, recording the flush and the temperature manually, and then later compiling a report. However, the reality is that almost always those taps were being used plenty enough by regular building users, and this flush wasn’t necessary but for the fact that usage could not otherwise be proven. Infogrid and DT change that. 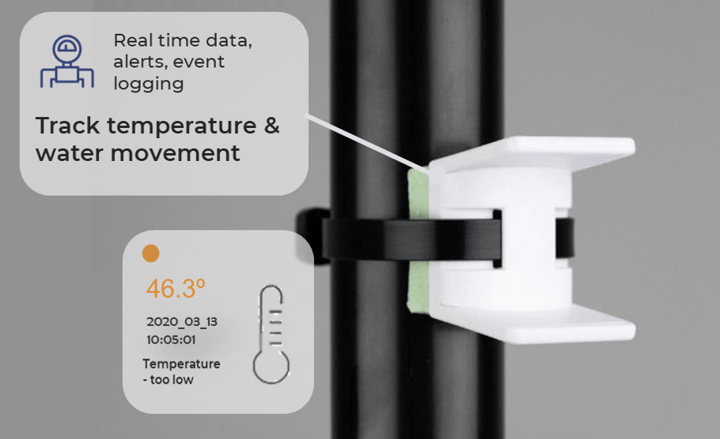 Using the DT temperature sensor and Infogrid’s cloud AI platform, building operators can now fully automate almost all of this flushing and temperature reporting. Reports – matching regulatory requirements - on what’s happened to the taps are exportable whenever a user wants, and alerts are configurable to let you know if a tap has sat stagnant or tepid for too long and needs action. Dashboards show you real-time views on how many assets across a portfolio are likely to fail and when remedial action has been taken.

Infogrid’s affordable pipe monitoring solution is incredibly quick to set up. Using specially designed mounts, a sensor can be cable-tied to a pipe in just a few moments.  Following a few simple checks to confirm everything is working, you can then map its location onto a floor plan, provide your team with access so they can see the data, and easily configure alerts and customize dashboards. It is precisely because it is so easy to install and easy to use that so many of our clients are deploying this solution at scale across their entire estate.

In one recent deployment to 550 sites in Europe, the system saved over $2.5m in labour (after costs), which was reason enough for the rollout – but it also saves 8.5m litres of water and 800 tonnes of carbon a year, at a time when this has never been more important.

Think about it; previously every tap was being run for 5 solid minutes a month only to have the water, much of it heated by gas, flow down the drain. The person who did that drove there in a car for that purpose alone.

Not only do Infogrid and DT together remove this, but they also deliver a vast amount of data that can be used for preventative and predictive maintenance, alongside many other sustainability uses once combined with the myriad other use cases we provide as a partnership. 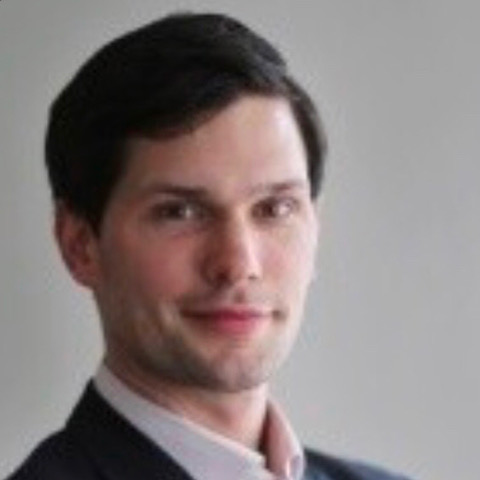 Will is the Founder of Infogrid, a smart building platform that combines IoT sensors with powerful AI to automate and optimize facilities and building management. Prior to this, Will attended Oxford University and had a varied career – from Finance, through Cage Fighter in Thailand to Tank Commander in the British Army. His ‘Why’, though, has never changed: the preservation of the natural world (stopping extinctions, deforestation, ocean-bound plastics etc) is what drove him to become an entrepreneur, having seen the influence successful entrepreneurs could have on the global stage. 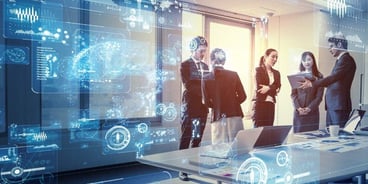 This article is part of the Disruptors Series, a special edition of our blog where thought leaders contribute.. 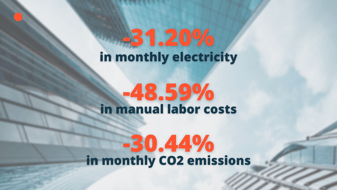 How London Workspace Reduced Electricity Consumption By 31% in 5 Months

A flexible workspace of 2,741 sq. meter in London aimed to create a progressive urban experience for its.. 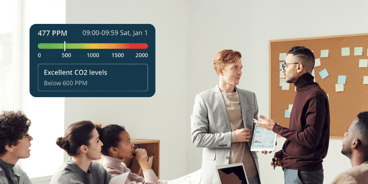 What Is a CO2 Sensor and How Does It Work?

What is a CO2 sensor? A carbon dioxide (CO2) sensor is a device used to measure the concentration of carbon..