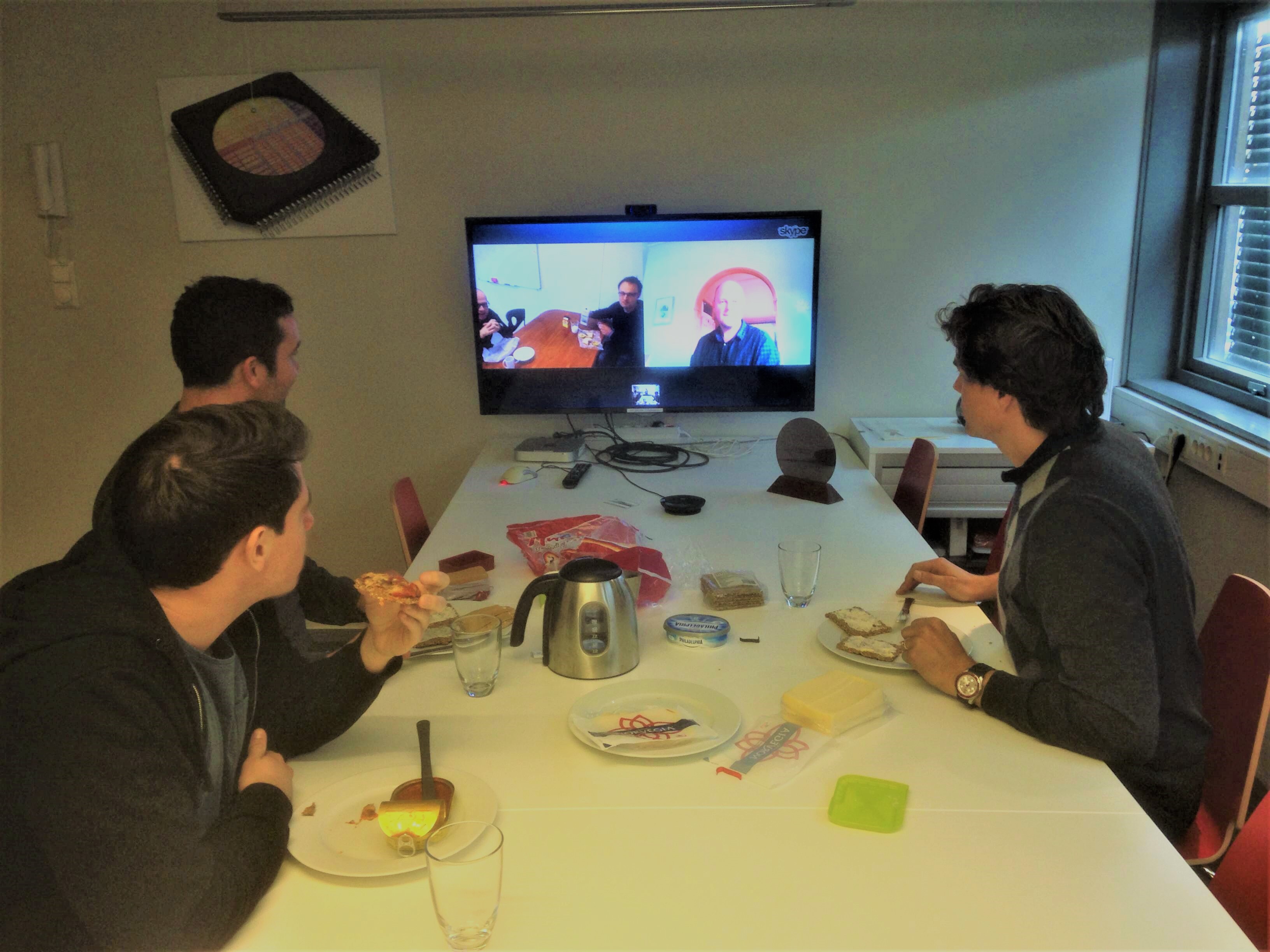 The building blocks for Disruptive Technologies were formed in 2013 by a group of experts with decades of experience in low-power, high-end semiconductors.

Our team has since grown to include industry leaders in sales & marketing, production, and cloud computing—forming a true powerhouse of innovation and performance.

Disruptive Technologies was founded in 2013 by a group of Norwegian experts with decades of experience in low-power, high-end microchips. The founder, Erik Fossum Færevaag, and his team started with a commitment to measuring temperature everywhere in the simplest possible way.

They understood the immense challenge temperature measurement brought to facilities managers, as it required many components and technologies that were not easily available. The market also lacked cloud solutions concerning sensors, thus the starting benchmark became to allow temperature measurements on objects to be measured and shared on simple web-links.

The small team was preceded by their stellar reputation in the industry. Combined with the innovativeness of their initiative, they attracted attention from peers and investors, many thinking they were heading towards an impossible mission. 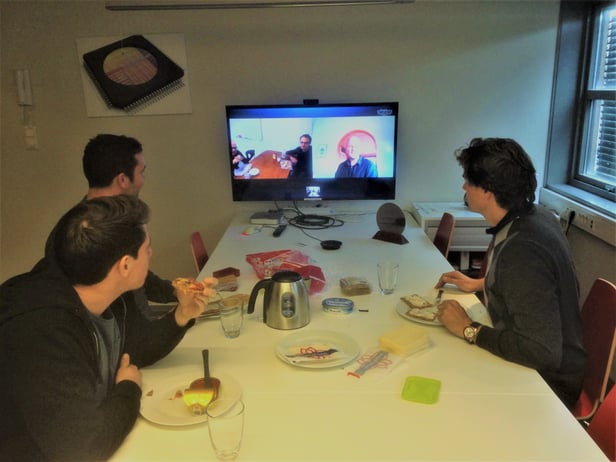 In 2014, we created our first working sensor mock-up. The demo was tangibly and visually identical to the later prototypes, thus completing a year-long mission.

Through collaboration and continuous team efforts, we combined this mock-up with models and simulations to get insight into radio and sensor system performance.

Our prototype was launched in 2016, demonstrating the workings of the entire solution system. We then tested our performance at scale with 2400 sensors online.

A commitment to innovation

Our mission towards seamless and easy temperature measurement did not come without hardships, as the high technological uncertainty and large-scale, automated manufacturing terrains were difficult to navigate, especially for a small start-up.

Due to the novel, disruptive, and cross-disciplinary nature of the technology, it was also difficult to find needed materials, solve complex analytical and engineering problems, and allocate appropriate manufacturing partners.

The team’s drive to succeed against all odds, to provide value, and to solve complex problems made Disruptive the first in the world to chart unprecedented technological territory.

Our team has since grown to include industry leaders in sales & marketing, production, and cloud computing—forming a true powerhouse of innovation and performance.

The long road to excellence

In 2018, the first batch of sensors came off the automated production line.

Equipped with the certainty of a seamless, fully automated solution, we released our temperature, proximity, and touch sensors to the market in 2019.

Shortly thereafter, we completed our first partner integration and released the tactile touch sensor and the water and humidity sensors in 2020.

As our team grew, products were added, and the solution was launched, there was a need for company restructuring and specified roles within company governance.

In 2019, Bengt Johannes Lundberg (COO since 2017) was appointed as Disruptive’s CEO. His passion and skills in building cross-cultural high-performing teams are much needed as we grow.

As a new decade full of exciting and challenging technological opportunities awaits, we are consistently scaling, conquering new operational grounds, and most importantly - disrupting. Erik Fossum Færevaag is the Founder, President and on the BoD at Disruptive Technologies. He holds a Master of Science in Microelectronics from NTNU, The Norwegian University of Science and Technology. Erik has a strong background in the semiconductor industry, architecting the world's lowest power microcontroller at Silicon Labs and the world's fastest-growing industrial, scientific and medical (ISM) band radio integrated circuits (ICs). This background made him believe that the challenges of IoT could be solved. In 2013 he founded Disruptive Technologies and started the journey to recruit the best people in the industry. When he is not busy bringing tomorrow’s technology to market, he enjoys reading and watching videos about subjects close to his heart: engineering/workshop projects and physics. He’s always envisioning new real-life ideas and projects, but there are only so many hours in a day. 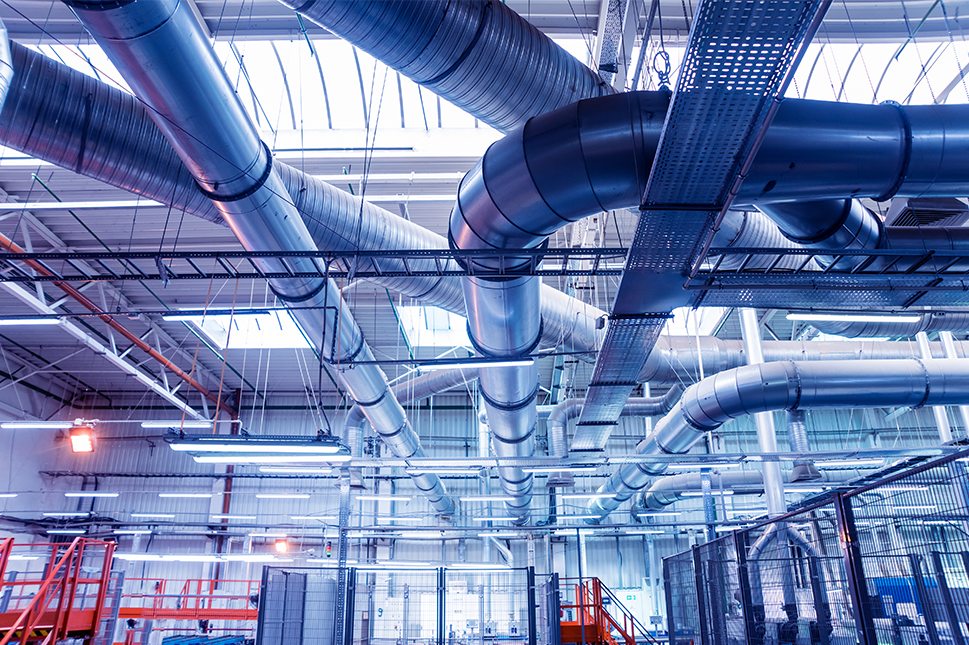 3 ways to Increase Energy Efficiency in your Buildings

Keeping energy consumption down is one of the biggest challenges that facilities managers face. The need for..

Internet of Things, typically defined as modern solutions to collect real-world data at scale, is still in..

Tackling the Impossible: The History of Disruptive Technologies

The building blocks for Disruptive Technologies were formed in 2013 by a group of experts with decades of..