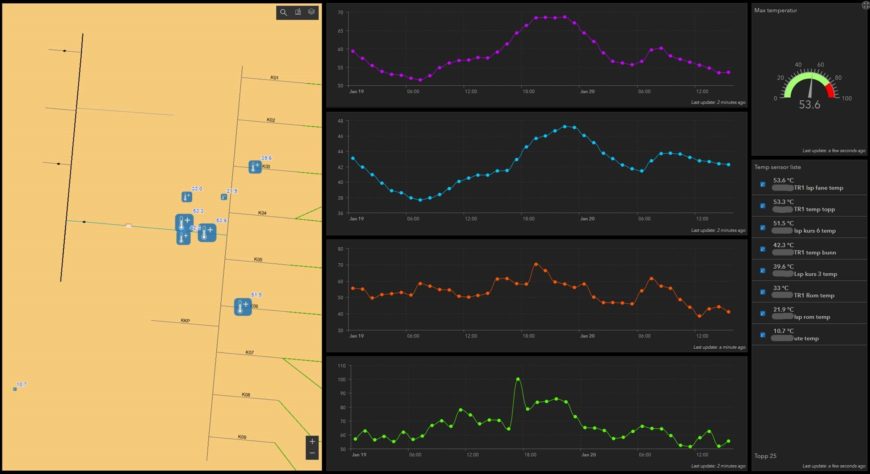 The service team had just ok’d a circuit switcher for Elvia, formerly Hafslund Nett, one of Northern Europe’s largest power companies. Based on the information available, they determined the legacy system wasn’t in critical need of repair. After re-energizing it, the team got new information they couldn’t have predicted using traditional techniques.

“The standard tools we have in our toolbox only measure the temperature at a single point in time,” explains Åshild Vatne, advisor for Elvia’s smart grid initiative. However, a new solution, supported by Disruptive Technologies’ smart sensors, continuously monitors conditions so the team can see unexpected changes.

Sensor data revealed temperature on the circuit breaker was increasing more than anticipated. As a result, the company was at risk for the breaker to fail, causing an outage or even a fire.

The remote monitoring system triggered an alert to the operations team. They immediately focused on the part of the equipment reporting the temperature spike and identified the root cause. Despite the fact that the breaker had passed the service check, the team decided to change the entire breaker based on this new knowledge. Most importantly, Elvia avoided the risk of a power outage or fire due to overheating.

Elvia sees a future in which all substations are digitalized. They’ve received support from CINELDI, one of Europe’s largest research centers for intelligent electricity distribution, to expand the use of sensor technology as part of their grid modernization efforts.

“If we see an increase in temperature with no increase in load we can detect something may be wrong and we can go out and fix problems right away,” explains Kjetil Nymoen, Solution Architect for IT strategies for Energy Technology at Elvia. “We create a better customer experience and if we’re able to prevent an outage, that’s huge.”

Elvia has expanded from an initial roll-out of 20 Disruptive sensors to 2,000 planned to date, adding them to transformers and switches across 100+ substations. In addition to temperature sensing, the Elvia team are testing Disruptive sensors for a variety of use cases, including:

“The strategic focus on smart grid is bringing together all kinds of sensor data,” explains Nymoen. To realize its potential, “predictive maintenance requires trust in the data and a stable system that is up 24×7.”

Disruptive’s open API makes it possible for Elvia to integrate sensor data with ESRI’s ArcGIS mapping and analytics platform. Within ArcGIS, the Elvia team can view changes in context with other location-based information for a comprehensive picture of activity across the power grid. They can collaborate and share data across teams and with workers in the field.

According to Vatne, with the integrated system, “people don’t have to have 10 applications. They have one map and can visualize what’s going on right there and then.”

Early sensor adopters are the future of the power industry

Today, this type of data-backed maintenance strategy is used only by about 5% of power companies, according to research from McKinsey & Company. First movers like Elvia are poised to realize massive cost savings and operational improvements, changing the financial picture in an industry accustomed to annual gains of only 1-2%.

The hope is that by employing predictive strategies like remote temperature sensing, “operators reduce their costs by 10% in medium-voltage distribution grids, 15% in high- and medium-voltage overhead lines and underground cables, and 20% in high and medium-voltage substations, while improving asset reliability,” McKinsey reports. 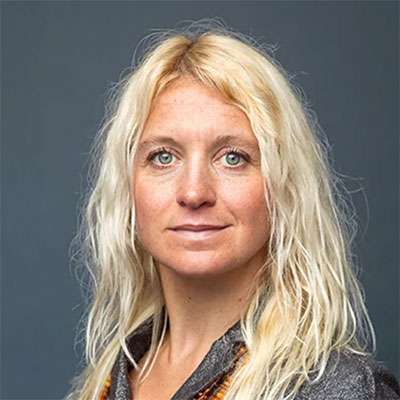 Pippa is the Vice President of Marketing and Communications at Disruptive Technologies. She has 15+ years in global B2C and B2B marketing & sales, brand management & strategy, and business development within technology, apparel, and consumer goods. She holds a BA in sociology and criminology from Western University in Canada. Pippa is passionate about people, products, and the planet and she is an ardent advocate of fantastic customer service. Her best ideas come when she is reading, running, biking, traveling, talking to strangers, and doing headstands. 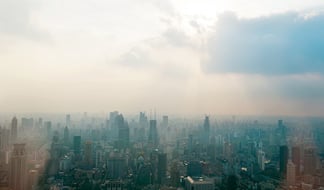 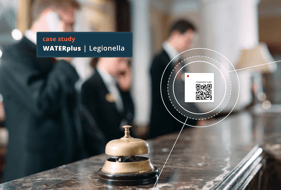